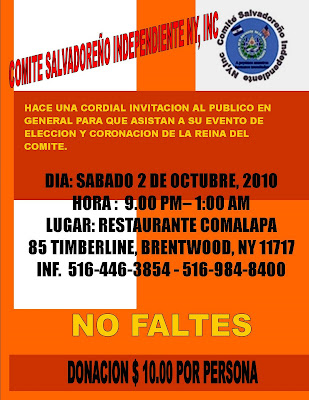 Washington, D.C. - As the bipartisan call for passing the DREAM Act gets louder - from military, education, faith, and Republican leaders alike - some may overlook the economic benefits of granting legal status to eligible undocumented youth who want to attend college or join the military. There are currently 2.1 million undocumented youths living in the U.S. who, without the DREAM Act, are unlikely to go to college and cannot work legally in the U.S. The DREAM Act, however, would provide an opportunity for them to live up to their full potential as future doctors, nurses, teachers, and entrepreneurs and make greater contributions to the U.S. economy and society.

The DREAM Act would give beneficiaries the opportunity to increase their standard of living - and their tax contributions: If legalized, DREAM Act beneficiaries would have access to greater educational opportunities and better jobs, which in turn means more taxable income. According to a study from Arizona State University, an individual with a bachelor's degree earns approximately $750,000 more over the course of his/her lifetime than an individual with only a high-school diploma.

The DREAM Act would save taxpayers money: A RAND study from 1999 shows that raising the college graduation rate of Hispanics to that of non-Hispanic whites would increase spending on public education by 10 percent nationwide, but the costs would be more than offset by savings in public health and benefits, as well as by increased tax revenues resulting from higher incomes.

While some in Congress continue to play politics with the DREAM Act, America and its taxpayers continue to lose. Without the DREAM Act, the United States is missing out on talented workers and entrepreneurs, and is losing vital tax revenues and other economic contributions.

For more information on the DREAM Act see:

Essential to the Fight: Immigrants in the Military (IPC Special Report, November, 2009)


This is a call to action on the Development, Relief, and Education for Alien Minors known as the (DREAM) Act. If it's approved, this legislation would allow eligible students who entered the U.S. before age 16 and who have been in the United States for at least five years to earn legal status if they pass background checks, attend college, or serve in the military for at least two years.

Between now and 2pm TUE, please urge these Senators to VOTE YES on the Motion to Proceed:

The vote to add the DREAM Act as an amendment to Department of Defense Authorization bill could happen as early as Wednesday and 60 votes are needed. Call your Senators!

When you contact your Senator’s office or leave a message:

State your name and where you are calling from

The DREAM Act would legalize approximately 800, 000 young immigrants who entered the United States as children, have been raised here, have excelled in school, and are committed to continued academic attainment or service in our armed forces.

Passing the DREAM Act would allow a group of talented, multi-lingual and multi-cultural workers to contribute to our tax base and return the investment that taxpayers have made in the public education of these children.
Many of these kids do not even realize they are “illegal” until years after they came to the U.S., before they can even remember. The U.S. is the only country they ever called home.

· Now they live in fear of deportation to a country where they may not have any family or have any connection to.

· These kids have the same hopes and dreams as any other kid in America. They want to make the most of their lives and give back to their country.

The DREAM Act IS NOT AMNESTY– eligibility requirements for legal status are strict and legal status must be earned.

· The DREAM Act does not provide automatic citizenship for these kids – legal status must be earned.

· Eligibility for legal status under the DREAM Act is strict. Kids must be physically present in the U.S. for at least 5 consecutive years prior to the date of enactment of the law. This will not be a magnet for more illegal immigration.

· Under the DREAM Act, only kids who were under 16 when they came to the U.S. are eligible for legal status. And those who are 35 at the time of enactment are no longer eligible.

ABOUT LCLAA: The Labor Council for Latin American Advancement (LCLAA) is a national organization that brings together Latino trade unionists in the United States and the Commonwealth of Puerto Rico to strengthen the labor movement and promote the social, economic and political progress of Latino working families within our communities and our unions.LCLAA was founded in 1973 and advocates for the rights of all workers seeking justice in the workplace and their communities. LCLAA is a constituency group representing Latino workers in both the AFL-CIO and Change to Win Federation. Visit us at http://www.lclaa.org/
Publicado por Jorge A. Guzmán Rodríguez en 8:37 a. m. No hay comentarios: 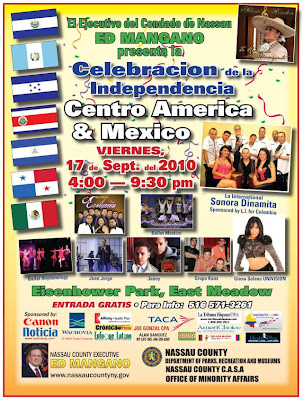